How Heat of a Chili Pepper is Determined

Have you noticed that sauces and seasonings offered in grocery stores and restaurants are getting spicier and spicier? We have too! There is now more demand for high-heat compliments to meals as people are adding more and more to their repertoire of flavors.  There is also more interest in trying new tastes from around the world and Americans are daring to experiment with new, often spicy, custom blends. The question is, how spicy is too spicy? How do we know what we are willing to try?  You may have noticed hotness scales at your favorite hot wing establishment to help measure your risk. How is heat of a pepper measured? Read on for a fun history lesson.

The Scoville Scale is a measure of the hotness or piquancy of chili pepper, as defined by the amount of capsaicin present. Capsaicin is the chemical compound in the chili pepper plant which stimulates the sensory cells/nerve endings in your mouth that tells the brain what you are feeling or tasting.

The Scoville Scale is named after the American Pharmacist, (Wilbur Scoville) who created the test for rating pungency in chili pepper back in 1912. The testing method is known as the Scoville Organoleptic Test.  The methodology behind the test involves making a solution of the pepper extract diluted in sugar syrup until the heat is no longer detectable by a panel of five tasters. The degrees of dilution give its measure on the Scoville Scale.  Thus, a sweet pepper or bell pepper containing no Capsaicin has a Scoville rating of “0”, meaning no heat level detected even when diluted. Conversely, some the hottest chilis, such as Habanero has a rating of 200,000-350,000, indicating the pepper extract had to be diluted 200,000-350,000 times in the sugar solution before the capsaicin presence was undetectable. Although still used today, the fault in this method lies in the human subjectivity.  The human palate can vary in the number of heat receptors we have and can also become accustomed to the heat.  The more heat we eat can reduce the validity of the test.

A New Way to Measure Heat

Testing methods have become much more accurate and scientific today.  A  more recent scientific process known as High Performance Liquid Chromatography (HPLC) is now the standard of testing heat value and involves a  chemical process that can separate the capsaicin compounds from other substances in a pepper. The detector machine can count these compounds with a high degree of accuracy, thereby resulting in a more consistent and precise measurement. Because the Scoville unit of measurement is so widely recognized, a mathematical formula was developed to convert the unit of measure from the HPLC detector back to Scoville units.

The Quest For More Heat

Human consumption of hot chili peppers dates back over 6000 years ago. A fun comparison and perspective when Columbus landed in the Caribbean on his voyage to America in 1492. He discovered such delectable chili peppers such as Guajillo, Serrano and Poblano which by today’s standards are considered extremely mild with a heat value ranging from 5000- 15,000 heat units. As we travel through time, the infatuation with spicy, hot foods has escalated worldwide and no longer was habanero tipping the Scoville scale at 350,000. It simply is hot enough.  Although cross breeding of chili peppers has been around for centuries, many recent growers have tried creating new flavors and breeds of chili peppers. The new game in town by home gardeners and professional growers alike has been the challenge of creating the hottest chili pepper possible. In 2013, a competitive gardener name Ed Currie created the Hottest Chili Pepper in the world known as the “Carolina Reaper” tipping the Scoville Scale at 2.2 million Scoville Heat Units (SHU). A few years later in early 2017, a hobby gardener named Mike Smith and a team at Nottingham University created “Dragon Breath”,  A Chili Pepper with a rating of 2.48 million Scoville Heat Units.  Not to be out done, later that year, Ed Currie was back and revealed to the world on September 2017 a Chili Pepper he named, “Pepper X” which currently holds the Guinness World Record for Hottest Chili Pepper on the planet at 3.18 million Scoville Heat Units!

It’s mind boggling to see how far and how hot the heat values in Chili Peppers have increased through the centuries. We are willing to bet Wilbur Scoville never imagined the impact of his creation. 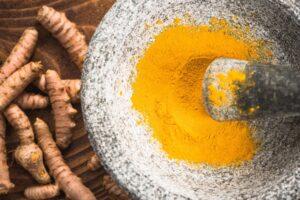 A Beginners Guide to Cooking with Turmeric [A Delicious Recipe to Start!] 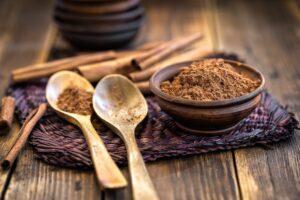 3 Key Health Benefits of Cinnamon [+How You Can Incorporate It Into Your Meals!] 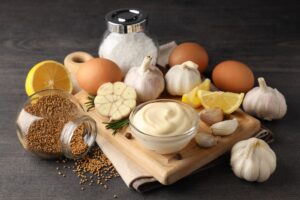 5 Health Benefits of Garlic [+Tips To Maximize Them!] 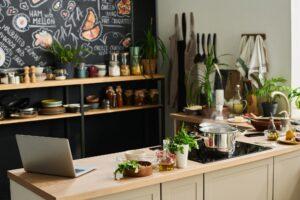 The Hottest Food Trends of 2021 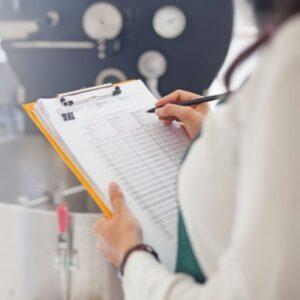 Food Safety and Quality: The Backbone of Commercial Blending Manufacturing